Facebook Ad Inventory is Maxed Out. Will Your Advertising Prices Go Up? 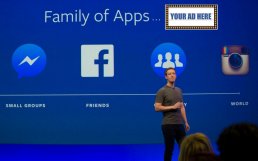 The online ad revenue war between Facebook and Google wages on. Logic stands to reason that Facebook will reward advertisers who play within the guardrails it has constructed…and give their ads preferred placement across its wide net of digital and social media properties.

The problem. Facebook has run out of ad inventory. The Social Media powerhouse has found itself in an interesting predicament as native ad unit inventory in Facebook’s prized News Feed (aka prime real estate in the Social space) is maxed out.

With more advertisers entering the channel daily, and $31.94 billion in mobile ad revenue projected in 2017, Facebook is looking for other locations to place new ad formats, outside of News Feed, without cannibalizing user experience in the process.

It’s a fine line to walk.

Those of us in the Social Marketing industry dub this “ad load” – and, simply put – it’s the ratio of ads relative to other content in a channel. Imagine yourself hopping onto Facebook and seeing that awesome video your friend shared at the races last weekend…immediately followed by a post from Bob’s Mattress Warehouse with the ‘Promoted’ stamp trying to sell you a box spring. That you don’t want. Or need. You see where we’re going with this, right?

Did we mention Facebook Ads has been the Social network’s primary revenue driver for the past five years? In 2017 alone, Facebook Ads generated $8.03 billion in cash for the Social giant.

Make no mistake: Facebook is still in the Direct Response game. And it’s not going anywhere.

Over the past six months, Facebook has prioritized testing new, proprietary ad units across other apps in its Social product portfolio; specifically, Facebook Messenger and Marketplace.

As of a couple weeks ago, Facebook has officially opened the floodgates to all advertisers with the global roll-out of Messenger ads. The intent? Give brands and advertisers the power to serve display ads to users on mobile devices, directly to their Facebook Inbox. Rather than operating on Facebook’s more traditional ad exchange bidding model, where ads are prioritized and served based on copy, creative, bid price, and a plethora of other factors Facebook’s ‘black box’ algorithm takes into consideration, the Messenger Ad offering hones in only on users who had previously interacted with the brand.

Upon a user clicking on a Messenger ad, Facebook recreates the advertiser landing page inside the Messenger interface. This enhances the quality of UX for consumers as they stay within the Facebook environment…which means higher conversion rates for you.

Facebook has also confirmed that it plans to make Messenger an automatic ad placement alongside Facebook native, Audience Network and Instagram, for advertisers setting up new campaigns in the coming months. Additionally, it even has plans to integrate its in-app payment system and M (FB’s recently-launched peer-to-peer Marketplace app) effectively allowing a user to complete the purchase cycle- from initial ad view through transaction, all within the Messenger app.

In looking at other ways to diversify its Social advertising offering and solve the News Feed inventory challenge, Facebook has turned to Marketplace Ads as a test-worthy solution. The location based Marketplace aims to directly compete with Craigslist and help Facebook carve out a foothold in the online peer-to-peer tangible goods space. While Facebook is only experimenting with Marketplace ads with select advertisers at this time, we can only imagine the geo-targeted ad offering Facebook is likely to unleash into the wild over the next year.

And we haven’t even scratched the tip of the iceberg on the potential coming from “Facebook Groups” that will be unleashed in the coming months.

When you’re in the ring with Google…you need to be methodical and strategic with your punches. Same holds true for your Online marketing. And this rapid-fire set of ad feature releases that Facebook has dealt recently tells us they have their head in the fight. And their eyes on mobile ad screen dollars.

Omnichannel: it’s the name of the game, folks. Get on it.

Curious about how to approach Facebook Advertising for your brand, or perhaps optimize your existing Social Ad programs? Give us a shout.